Finding your way in Barcelona 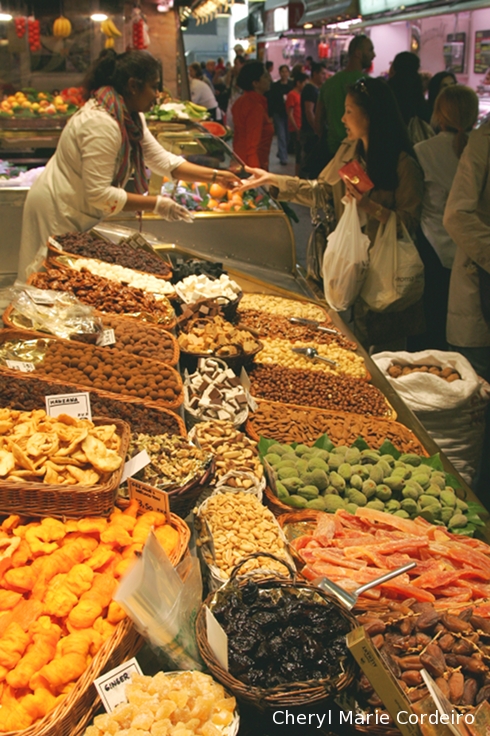 At La Boqueria in Barcelona.
Text and Photo © JE Nilsson and CM Cordeiro 2012

Even if briefly visiting a new country, one of my most absolute favourite things to do is to go shopping for groceries at the local wet market, from fresh baked breads to cheese, eggs and various types of fruit both fresh and preserved. And while in Europe, the concept of ‘wet markets’ would differ from those in Asia, the spirit of trading at the break of dawn and the buzz of activities at a local focal meeting point would still be the fundamental connecting points in these entities. 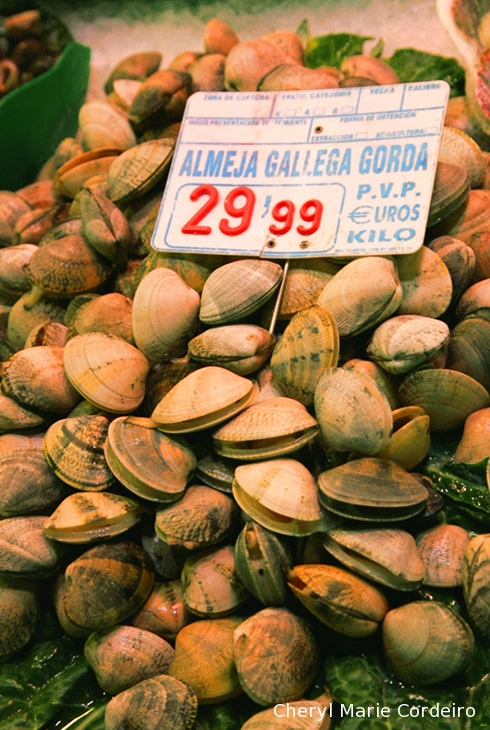 So I found myself making my way around Barcelona, each day to a different wet market in various parts of the city, just so to familiarize myself with the personality of the markets and the products they offered. Over the weeks in Barcelona, I found that each market had its own neighbourhood flavour and energy about it, where by the end of my stay I too had become a familiar face with some of the stall holders at these markets.

It mattered little that I spoke no Catalan or Spanish, as the shopping transactions often occurred across languages, in a mixed fledgling lingua franca of non-verbal communication that involved eye contact and gestures and a spattering of words exchanged in completely foreign languages. In fact, instructions and directions to places in Barcelona were often given to me in Catalan and Spanish, the fact that I was a foreigner was completely ignored. They looked at me and spoke to me in Catalan, and that I actually understood what they were saying, was a very strange sensation. 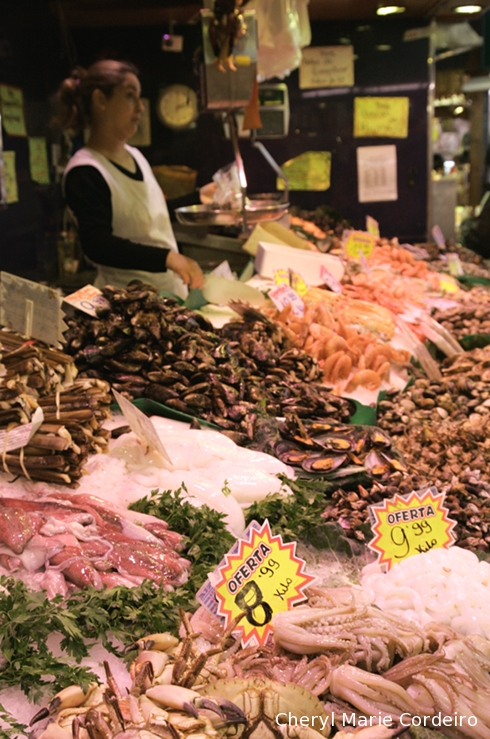 Mercat de Sant Josep/ La Boqueria along La Rambla de Sant Josep was certainly a market that I often found myself returning to. This market is no doubt more tourist visited, unlike the Mercat de Sant Antoni at the southwestern edge of the Raval at Ronda Sant Pau/Carrer Comte d’Urgell, due to its central location. But it was also close to where I was staying, and it offered a convenient stop-over place with a comprehensive list of daily items. La Boqueria, which is just a few blocks from the old central region of Barcelona’s Barri Gòtic, is also surrounded by smaller artisan shops that complemented the raw ingredients I could buy, selling things such as fresh baked breads to wines, with cafés that offered patisseries and cakes.

In contrast to the above two larger markets is the Mercat de Sarrià on Passeig Reina Elisenda. This is a small market located in the rather elegant neighborhood of Sarrià-Sant Gervasi, where you’ll find specific opening hours on specific days. This market is slightly more up-class than the other two, where you might find délicatesse items for the dinner table. 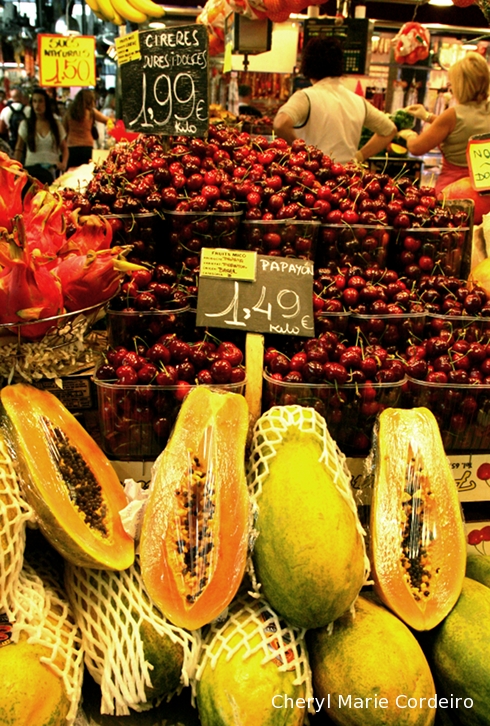 Barcelona is a very friendly city. Somehow it feels like you could never get really lost. Walking around in the city is a never ending adventure, one not just of exploration but a sense of re-discovery of sorts where even a wrong corner turn for the umpteenth time in the labyrinth of Barri Gòtic could take me to a pleasant surprise and another discovery. It was as if the city beckoned me to walk down memory lane, pointing out things that I had long forgotten – an innocuous coffeehouse here, a casolà gelateria there, a favourite shop that sold locally produced cheeses and jamón so on.

And of course being in Barcelona, a city with a strong tapas and coffee culture, I could at any moment during my aimless stroll just decide that any ‘here’ is where I wanted to go anyway, and just sit down at the nearby coffeehouse of choice, and order that classic xocolata calenta anyone in Barcelona can make to perfection.