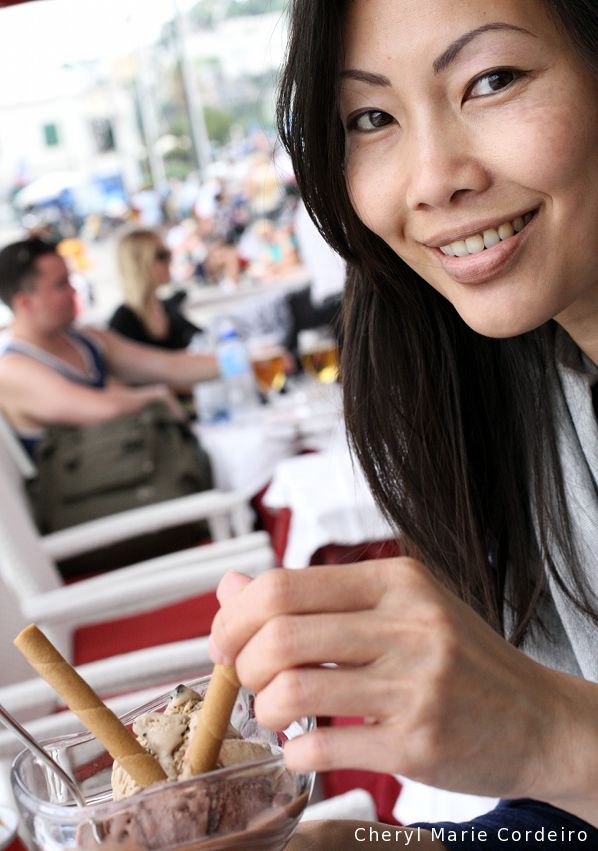 Just a few days prior to landing in southern Italy, I walked out of a little gelateria, Gelato Da Luca, in Gothenburg, Sweden. Newly located in the heart of Gothenburg’s older marketing district where cobbled streets were set out in grid format, I had in hand from this gelateria, a paper cup of two generous scoops of Italian made ice-cream. Caffè and cioccolato fondente (extra dark chocolate).

I could always do gelato, the sequence being caffè and cioccolato fondente, then cioccolato fondente and pistacchio. If there was no caffè or pistacchio, then it will be nocciola. I was only too happy to know that the owner, who had come to Sweden from Rome, had decided to open a second outlet in Gothenburg, both outlets being equidistant to the Business School at the University of Gothenburg.

Already then, I had decided that when in southern Italy, or Italy at all, I would gelato.

And that, I did. That, and cioccolata calda, a smooth, thick hot chocolate concoction that rivals Granja M. Viader xocolata calenta in Barcelona, Spain.

Swapping different types of cobbled stones from Gothenburg to southern Italy, I was beyond delighted to once again, gelato. 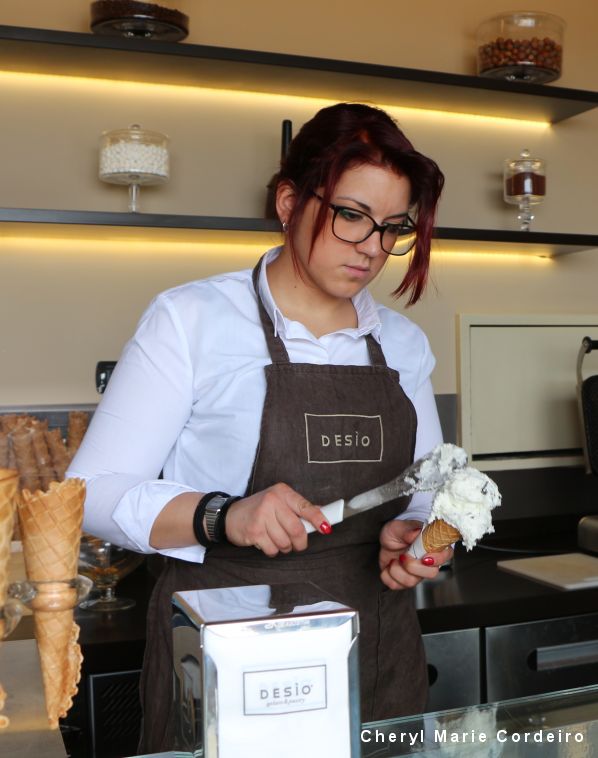 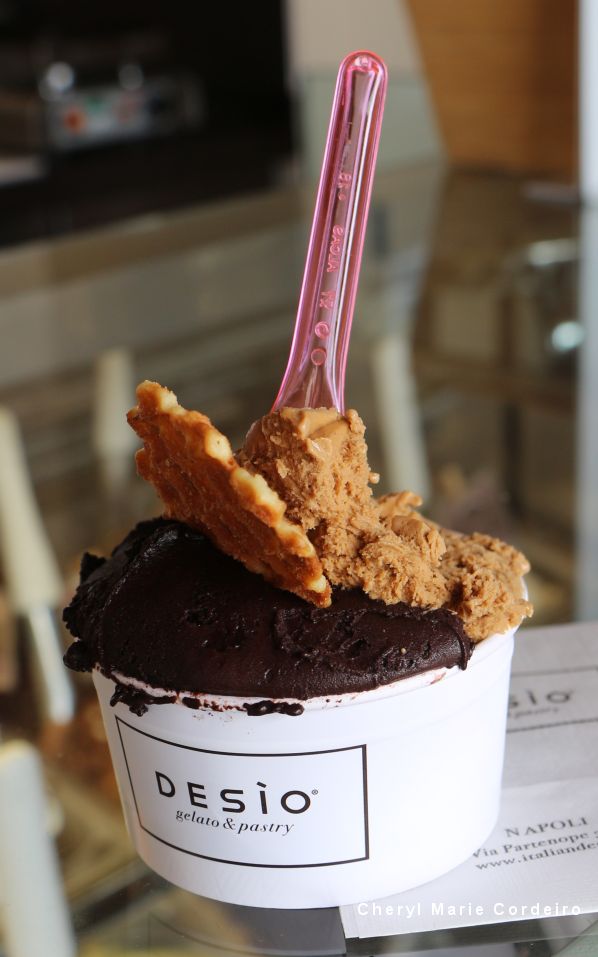 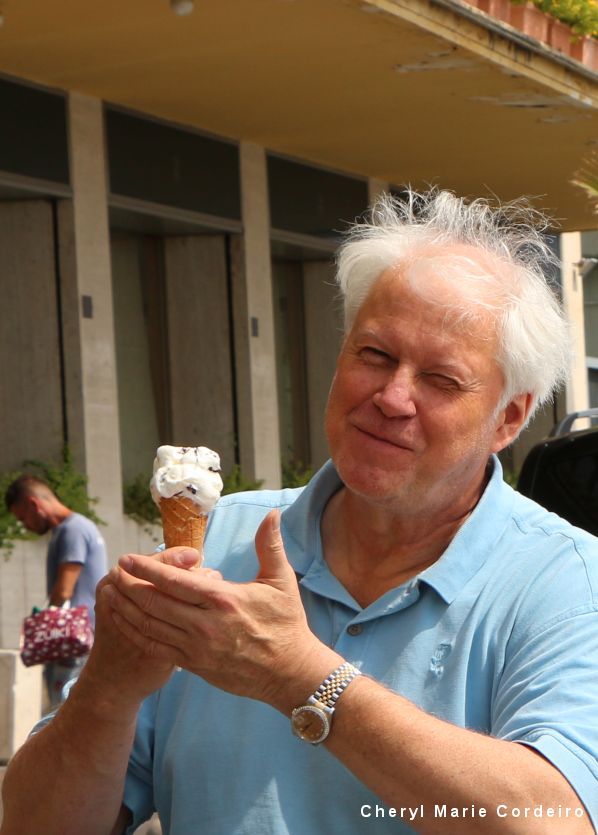 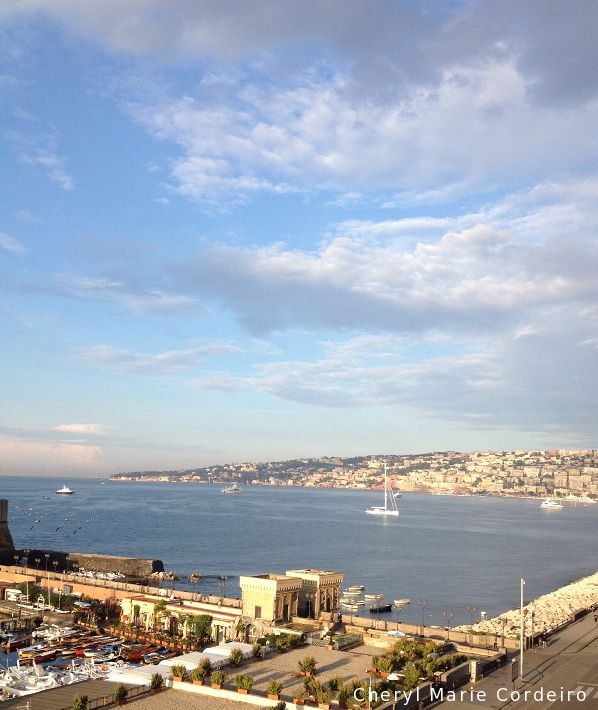 Gulf of Naples, Italy. Each day a new sunrise, each day, as beautiful as the one before. Grey is but a variation. 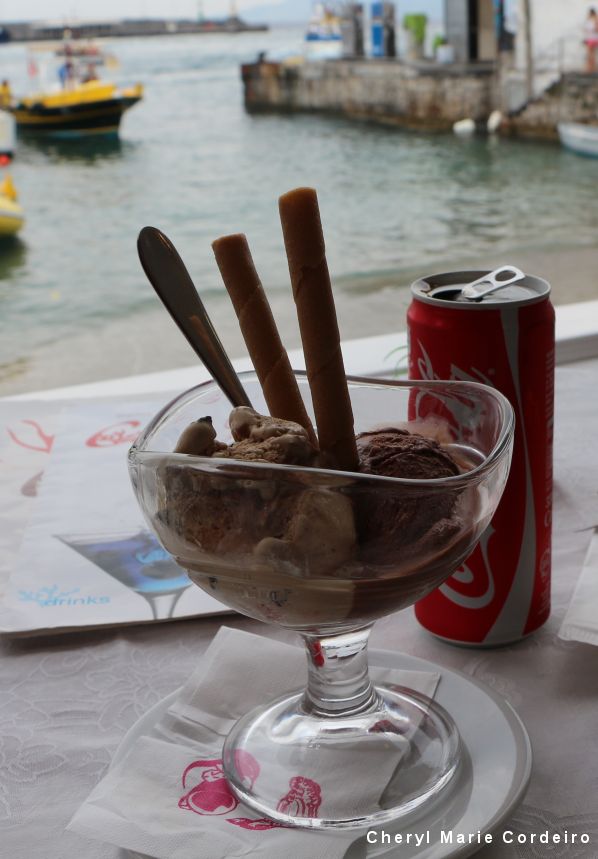 After a ferry trip from Naples and upon landing in Capri, we found an endless number of small cafés serving pizza and gelato. 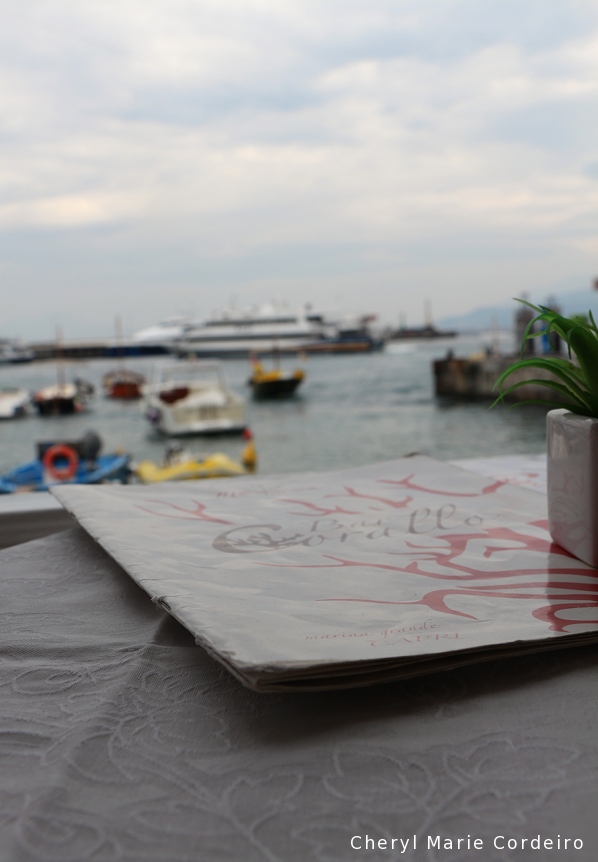 We chose the one closest to the water and facing directly over the small harbour, the Marina Piccolo, from which all day around the island trips began, including to La Grotta Azzurra. Today it was too windy though. So, there would be no ‘grotta’ today. Just more time for gelato. 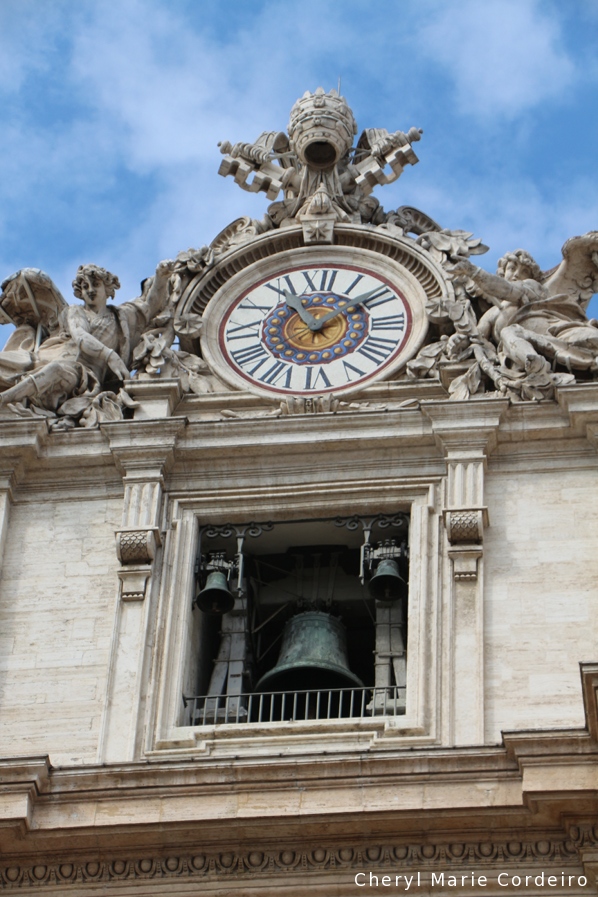 Fascade of the St. Peter’s Basilica, The Vatican State, Rome. In about fifty minutes the Pope will address the people now collecting in the scorching heat on Piazza San Pietro.

Just outside of the St. Peter’s Basilica, Rome

Just about one hour later we were leaving the Piazza San Pietro, making our way to the Spanish Stairs to be followed by a quick visit to Piazza Navona, a must for all true gelato aficionados of the world. On a small street nearby , at 11 Borgo Santo Spirito, we found this little ice cream shop. 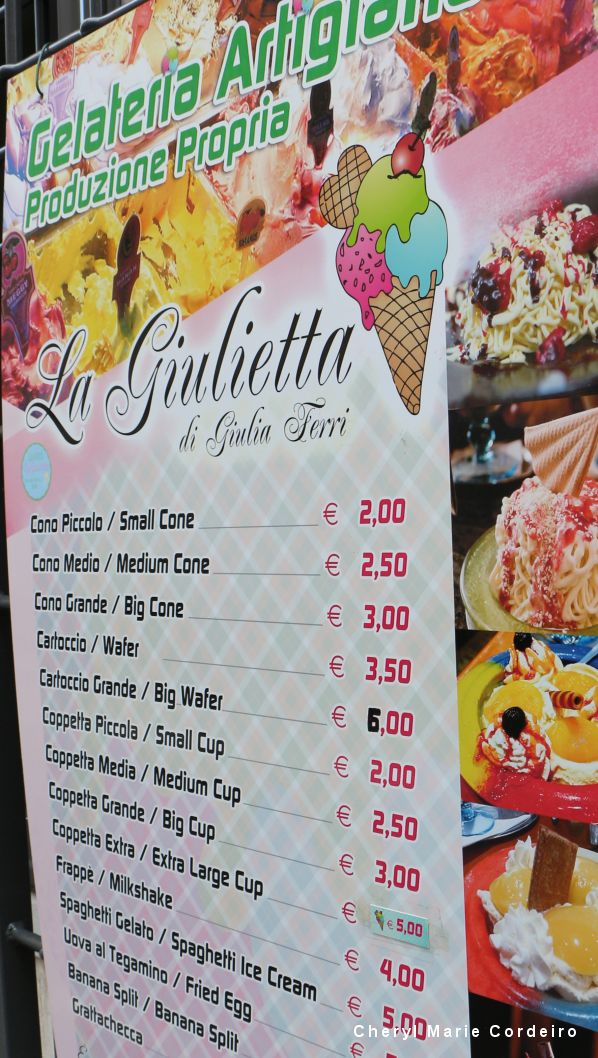 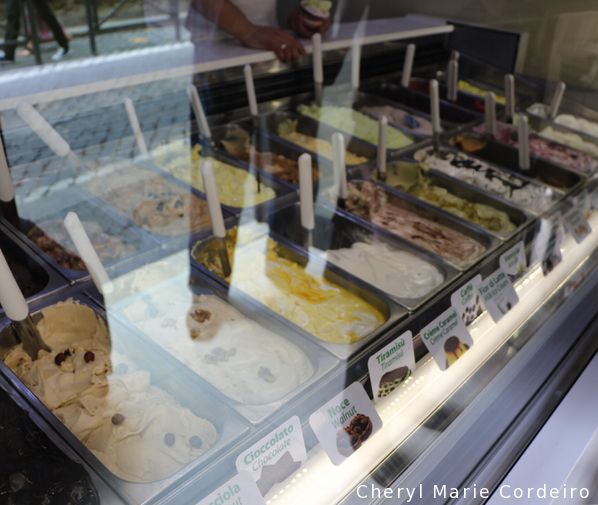 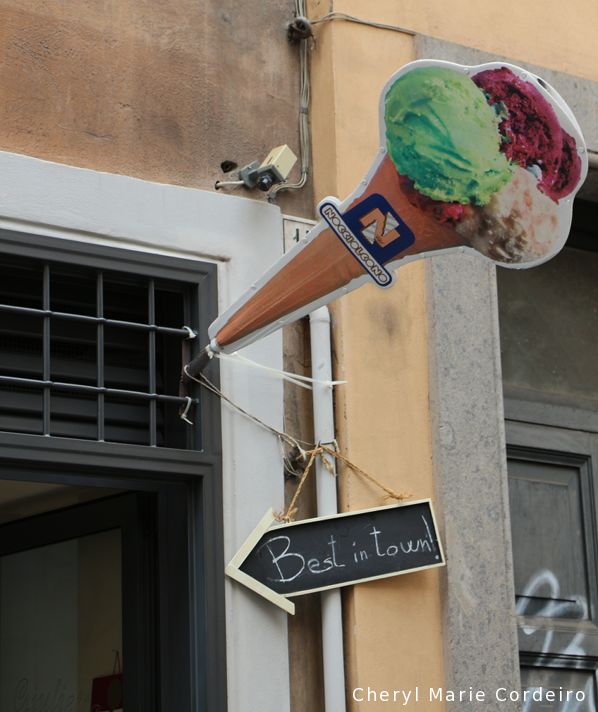 Just a few hundred meters from the holiest of the holy, they promise to be the Best in Town. You can’t possibly go wrong on this? 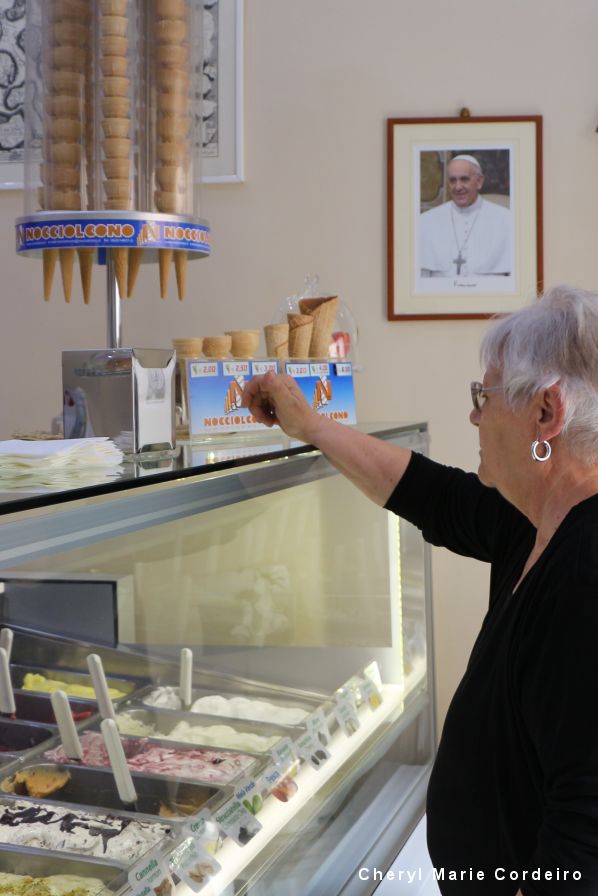 They even have a portrait of the Pope on the wall, to verify their quality promise. They will absolutely burn forever if they don’t live up to the promise, so we decided to invest 2 Euros and try. The lady in front of us seemed confident enough too. It was really nice. Soft and delicate, not too sweet.

For the hard core ice-cream lovers Piazza Navona is a must. The entire square and its surroundings are lined with endless number of cafés and gelaterias. The two most obvious are the Ai Tre Tartufi and the Tre Scalini, the Three Steps, which is “the original”.

Tre Scalini is more of a café restaurant with an ice cream parlour. Their specialty is its “Tartufo”, a chocolate ice-cream truffle made entirely from natural ingredients including 13 different types of Swiss chocolate and ‘still being made according to the original recipe from 1946’ but on the other hand, most Cafés lining Piazza Navona in Rome all have their own spectacular versions of tartufo, and claim to be the original Tartufo: The King of Gelato.

Tre Scalini is anyway our favourite choise. The Tre Scalini is indeed in a building that housed an inn as far back as 1815, and the owning Ciampini family did create the tartufo in the 1940s so, caveat emptor. When in Rome etc.

Just across the narrow pedestrian street opening up into the Piazza Navona, which is incidentally an old Roman Empire race track, is an equally impressive gelateria Ai Tre Tartufi which serves a near endless variety of interesting gelato, and this was our choice this time. Just meters away from the famous Fontana dei Quattro Fiumi by Bernini. Most water in Rome is perfectly clean and a number of large and small fountains offer cold, fresh water to the thirsty visitor. This little beauty sits in the side facade of the Post Office building on the corner of Via del Moretto, built about a century ago. The small fountain consists of a simple arched marble niche with no special decorations except the small lion’s head from which mouth a little tube pours water into the bowl. Finally having given in to most interesting gelato temptations that southern Italy had to offer, I need to reluctantly confess that there is such a thing as enough.