My absolute favourite moment on the Saturday city walkabout. When the perfect song begins to play when you’re at the perfect food stall at the summer food fair in Tromsø. “Sugar, ah honey honey”, The Archies from their album Everything Archie’s. (1969)
Text & Photo © JE Nilsson & CM Cordeiro 2019

Tromsø is a little city that sparkles. Almost every other weekend sees some kind of exciting event. This weekend, 1-3 Aug. the Tromsø Skyrace was complemented by more grounded activities such as this petite European food fair held in the small square located adjacent to the city centre’s main shopping mall, Nerstranda. At Torgcentret, some couple of hundred meters from Nerstranda, was an ongoing Saturday farmer’s market and flea market.

This European food fair was exciting. Condensed into a small space, you could literally taste several of Europe’s most famous produce and dishes, from fudge, Belgium waffles served with raw, farm produced honey, to candied dried fruits.

The main product of focus however, seems to be cheese. Cheese made in different countries (Denmark, France, Italy), from different milks (cow, goat, sheep), matured at different rates, produced several interesting products that rivaled each other in textures and flavours. There was unpasteurized cheese produced from a single Danish farm and there were goat cheeses matured from 6 months to 18 months. All offerings looked equally enticing, and I did my best to nibble my way through the various samples, finally coming upon that I preferred sheep and goat milk cheeses to cow’s milk cheeses.

A surprise and delightful find at this food fair were barolo red wine infused products, barolo infused salami, and barolo infused cheese. I last tasted barolo rind cheese in 2009. I think I had some of that again in 2010, as a winter’s indulgence. I absolutely loved it, the cheese, and the wine. I most of all love the wine.

Barolo red wines are dramatic, both as a regional product and in its taste. Known as “the wine of kings and the king Italian wines”, some would argue that it is neither rational nor consistent, much due to the small quantities produced and industry fragmentation along the supply chain [1,2]. Still, there’s something about its heavy, full-bodied nature that captures the soul. With barolo wines, it is the wine that deciphers your evening’s meal rather than the other way around. You’ll need the appropriate foods to pair with the wine, otherwise, the wine overpowers.

In the barolo infused cheese, testun al barolo (as the name suggests), it is a type of infusion that makes you want to keep the cheese lingering on your tongue and palate for a few moments longer, savouring the moment. You don’t wish to rush out of these moments all that quickly. Meeting this cheese at this food fair was personally, one of life’s little luxuries. It’s part of the magic of Tromsø, Norway, that somehow brings the world to you. 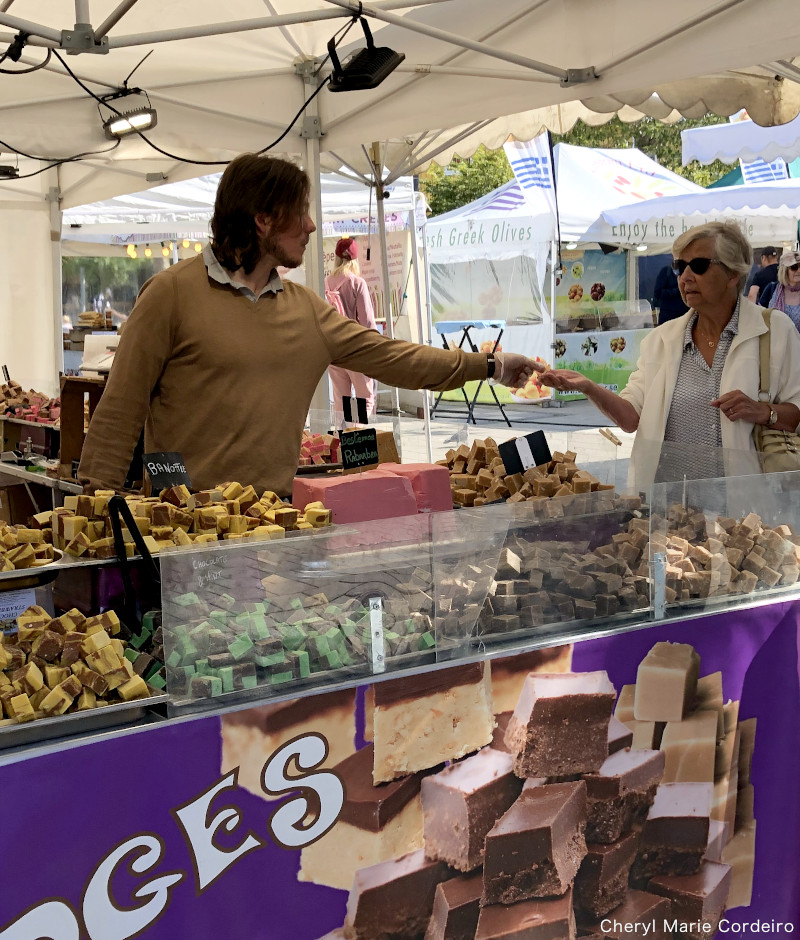 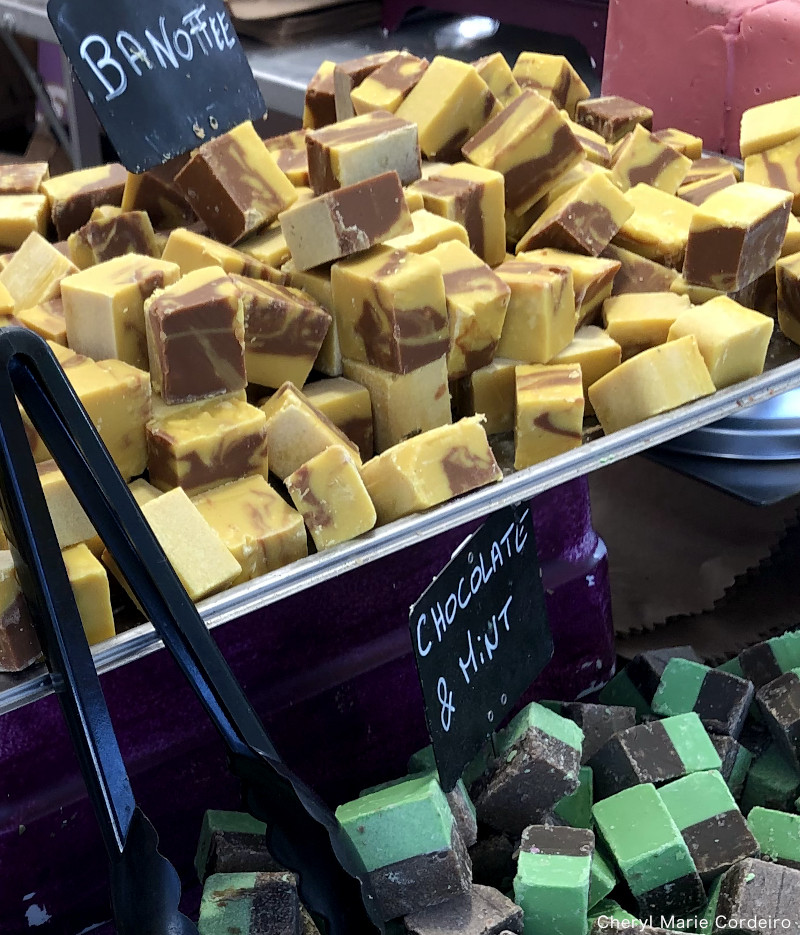 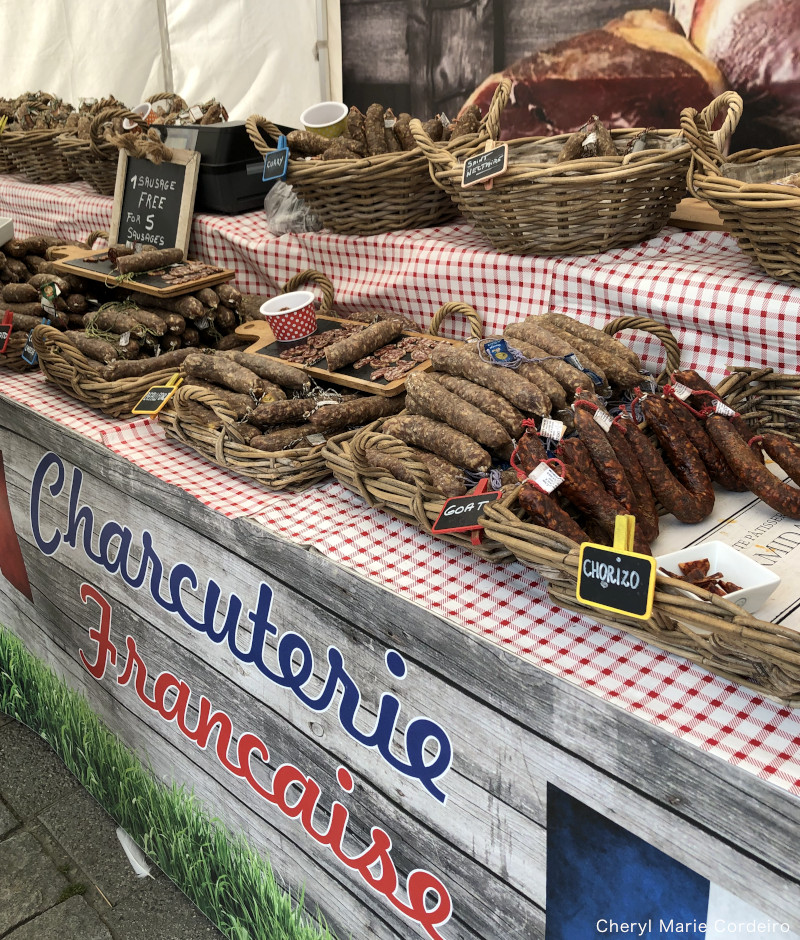 Chorizo, from a French Charcuterie. 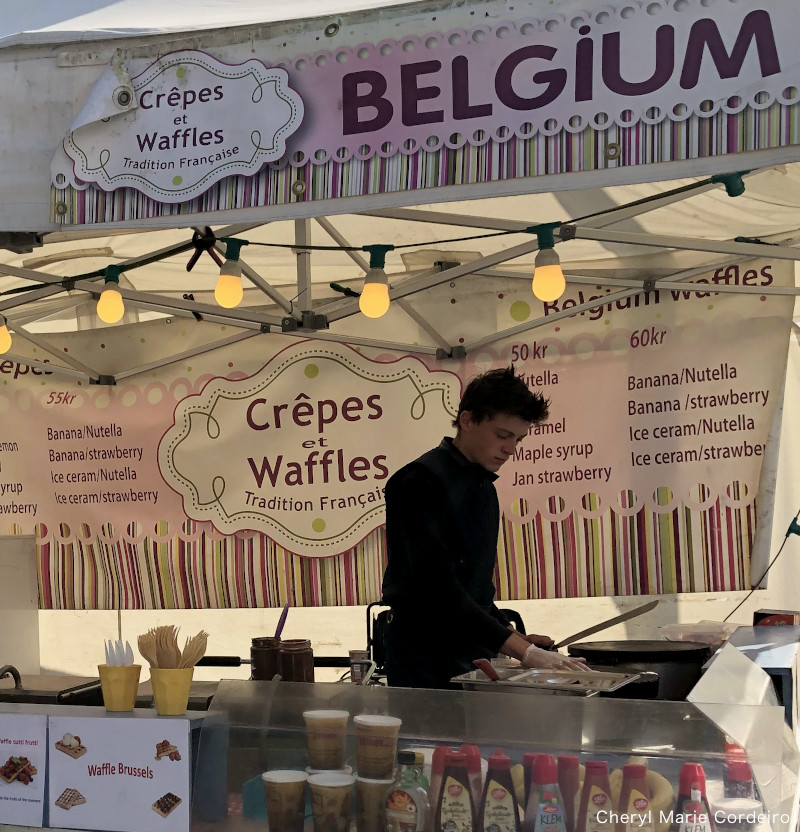 The aromas from this Belgium waffles stall was alluring. Together with the waffles is a drizzle of organic, single-farm collected honey. 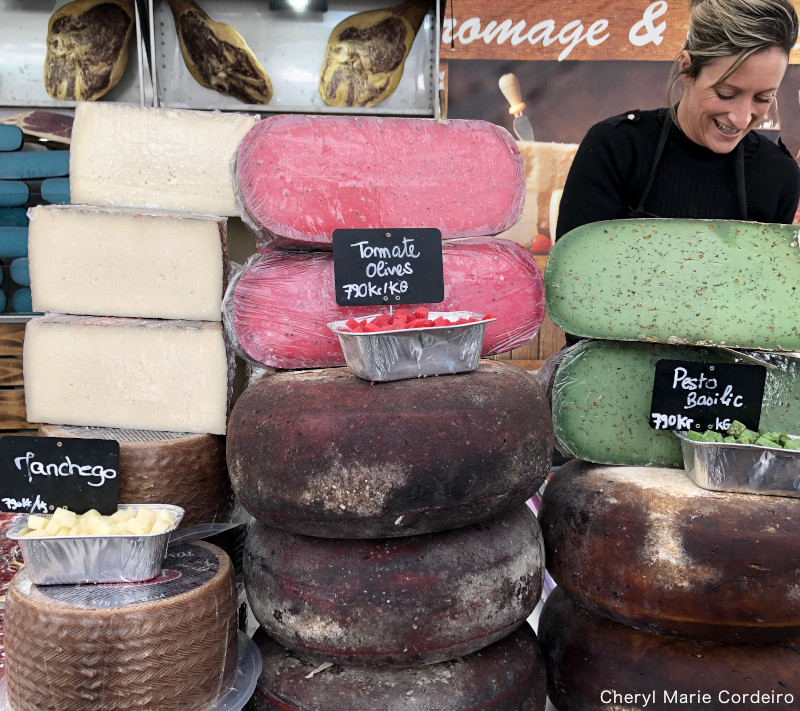 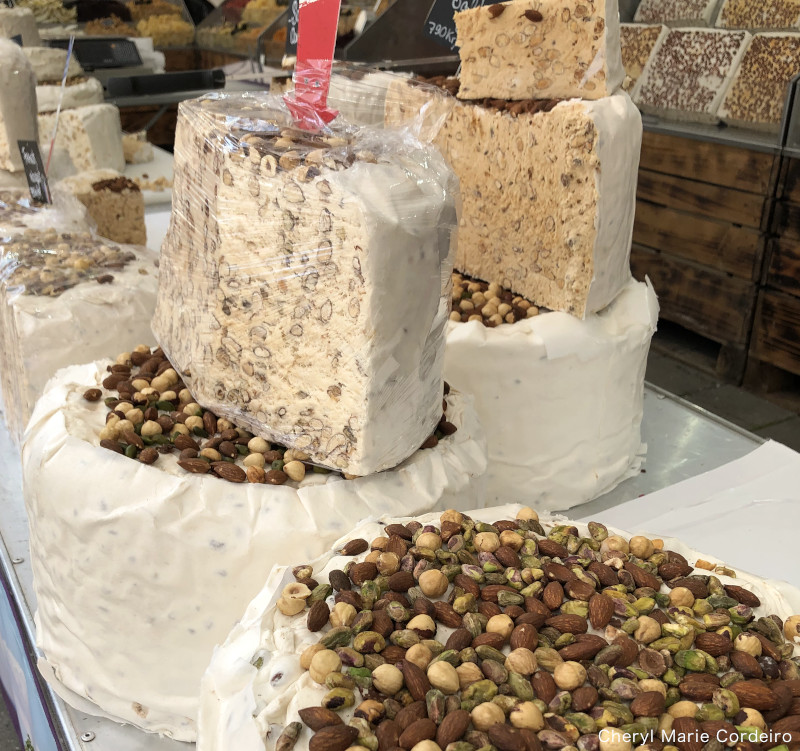 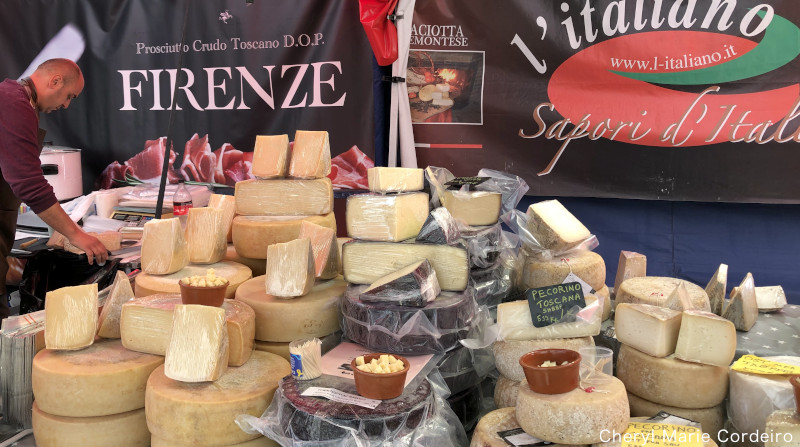 Stall from Italy, offering variations of cheese and parma ham. 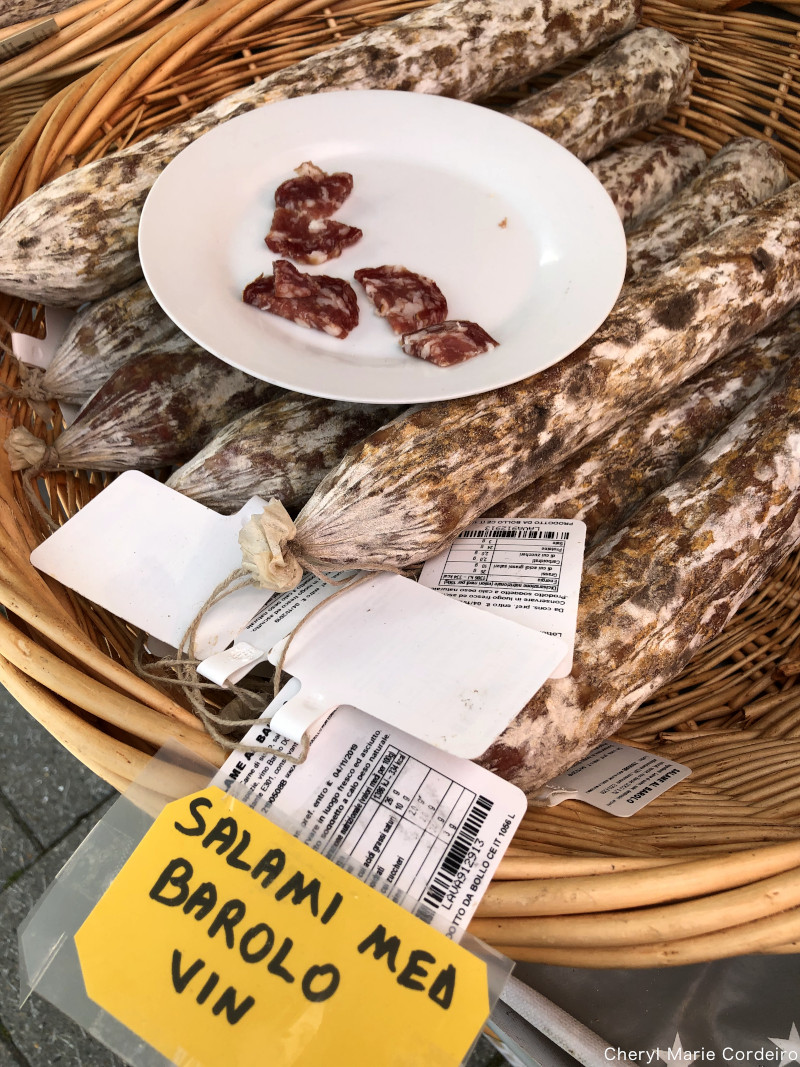 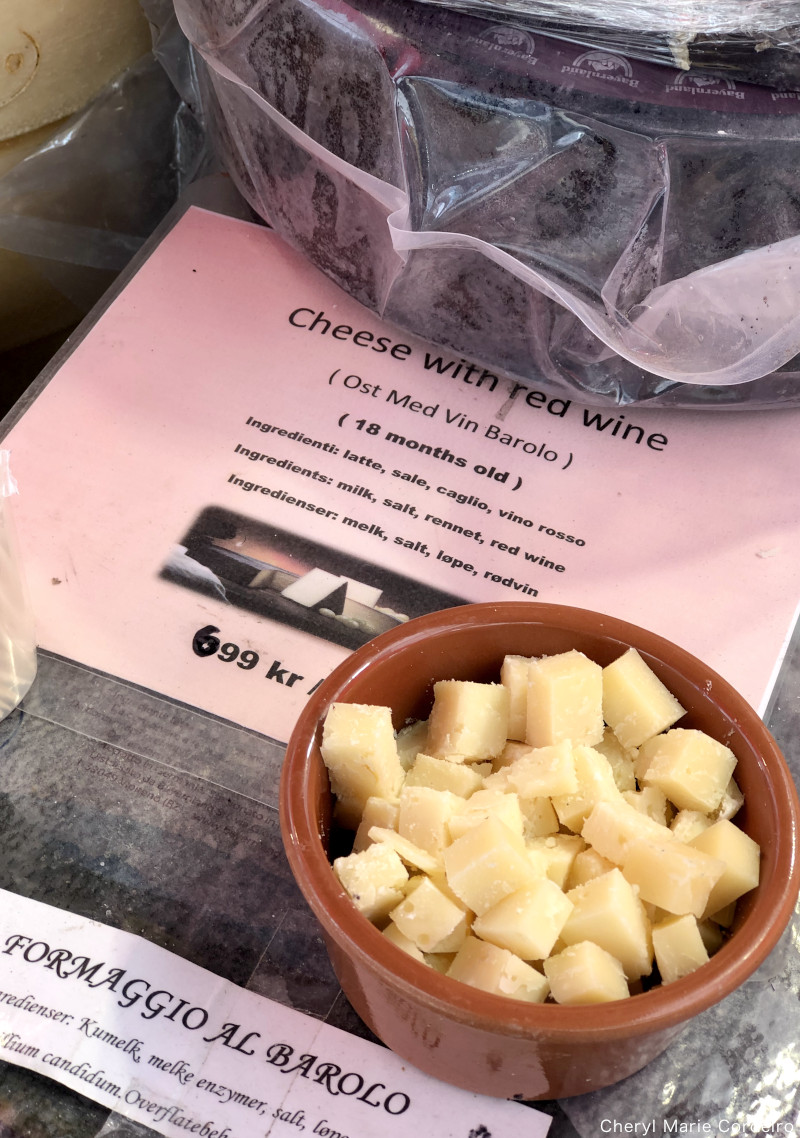 And I haven’t seen this in a while. Cheese made with barolo red wine, a wine produced in the northern Italian region of Piedmont.