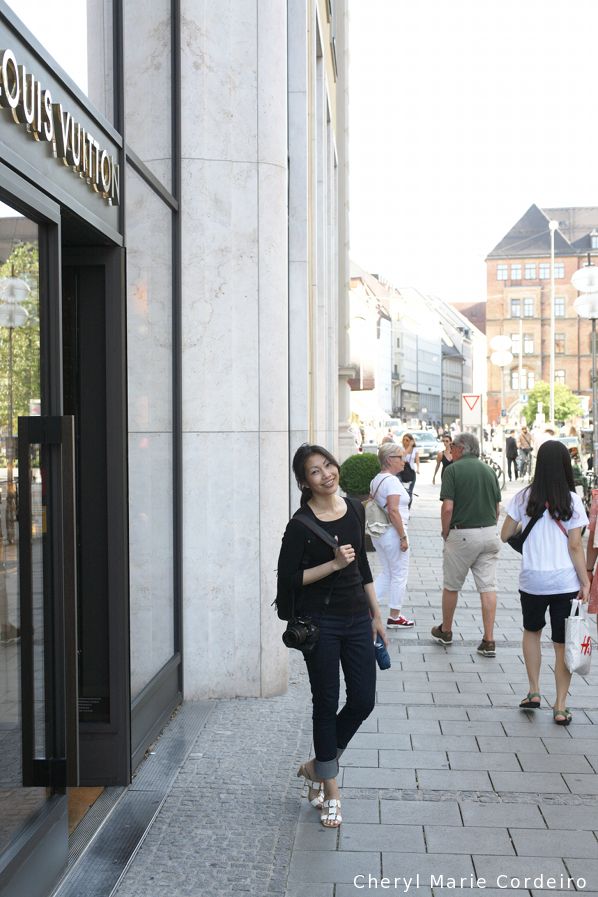 – You know there’s nothing much in Munich if you’re not into beer guzzling or wurst eating.
– I could do pork knuckles.
– Schweinshaxe. No, you don’t.
– No, you’re right, I don’t. And stop swearing at me.

I thought Munich one of the prettiest most liveable cities I’ve thus far visited. From the chimes of the clock tower in the city centre that advise the time of day and task to accomplish before sundown to the historic cathedrals built around the old market square, Munich is anything but nothing much.

I didn’t need to look for it. I knew I would come across it just like so, an old friend along the street. And I did. The Louis Vuitton boutique located along Residenzstraße. 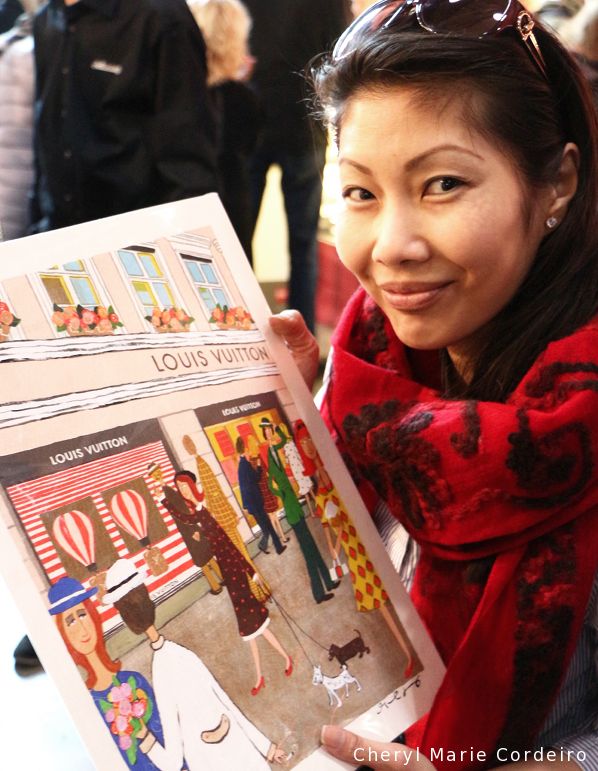 What began as a quirk of irony on my part years ago in 2006 of falling in love and chasing Louis Vuitton, has today seemed to take upon a life of its own in the grid of things of coincidences in life. Apart from this blogpost, I have two other blogposts on just that topic and fascination of ‘stalking Louis Vuitton’. One is entitled Stalking Louis Vuitton (in Asia) where it began in my visit to Hong Kong, and the other reference appeared when I wrote about my stay in Florence and walking in the proximity of Ponte Vecchio, Florence, Italy in 2008.

This weekend, I had most of my curiosity focused on food novelties at the annual Gothenburg food trade fair, Passion för Mat 2016 when upon entering the hall from the entrance for press, I came immediately face-to-face with the vibrant paintings and lithographies of Gothenburg artist Marika Lang, meeting the artist herself at the booth.

I am drawn to Lang’s particular style of art that carries inherent characteristics of paintings by Yngve Werner Ericson even if the latter artist tends towards more melancholic pastel interpretations of Gothenburg scenes if and when using pastels at all. Lang’s artworks in contrast contains an inherent gaiety and humour in her use of vibrant colour injected into Gothenburg scenes that have the capacity to counterbalance any rain and grey that the city of Gothenburg sometimes is. 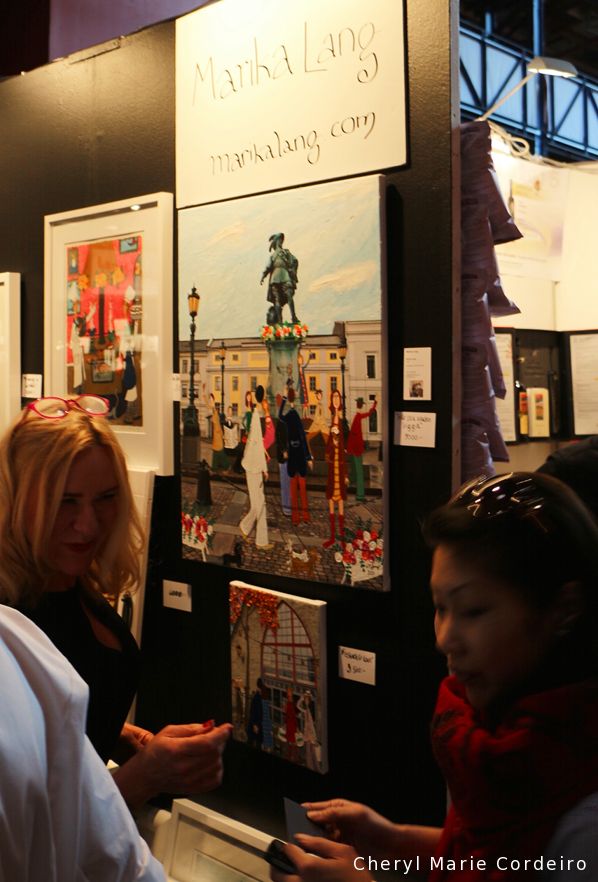 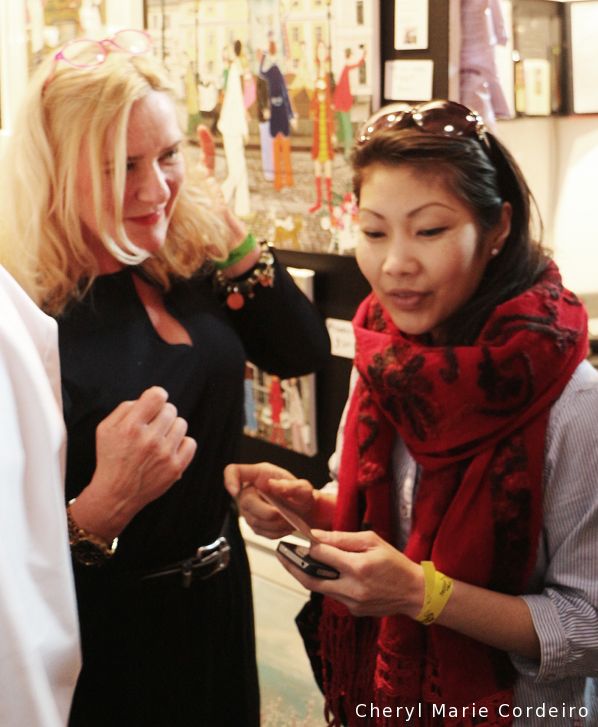 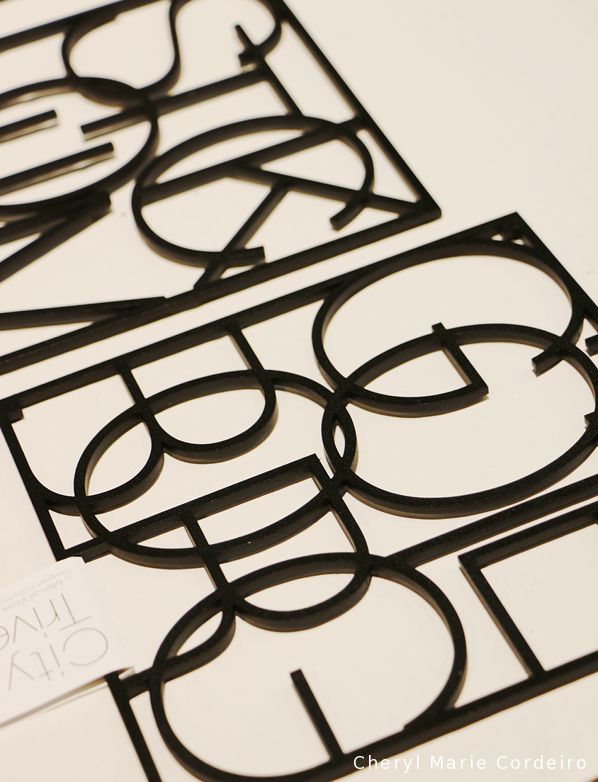 Part of the section on interior design at Passion för Mat, Göteborg is this city name pot holder for the table. 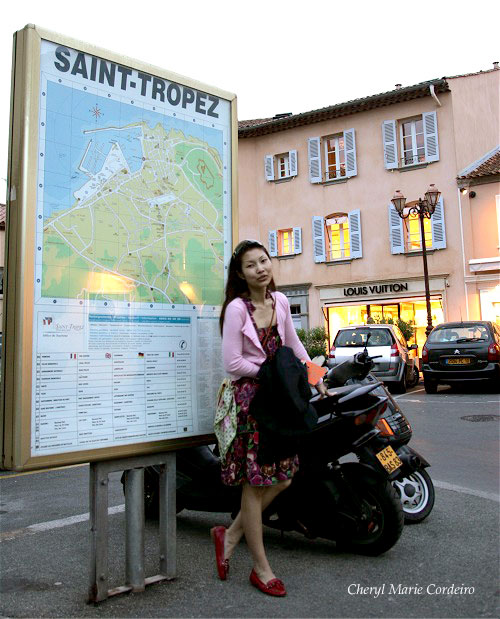 A luxury brand with a history of perseverance and hard work, Louis Vuitton for me is synonymous with ingenious craftsmanship and quality. Unlike my previous travels to Hong Kong and Paris, where I had deliberately stalked Louis Vuitton boutiques, this time around in Europe, it happened that I more often chanced upon a Louis Vuitton boutique whilst walking about town, on the more exclusive streets.

Part of their brand management includes no outlet shopping and opening a boutique only where there are an estimated 1 million in population, which says quite a bit for the fishing village of St. Tropez with 5,400 inhabitants and their 60,000 visitors during high summer that warrants its very own Louis Vuitton boutique alongside Dolce & Gabbanna and Pucci. In comparison, Singapore with its 4.5 million inhabitants has four LV boutiques and Sweden, with its 9 million inhabitants, has one LV boutique in Stockholm. 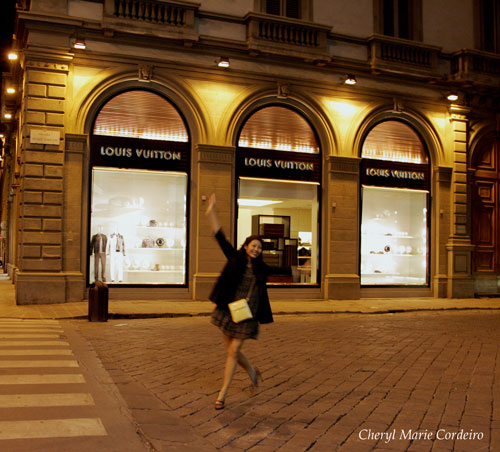 The Louis Vuitton boutique in Florence, Italy, in its posh quiet square, by night.

Larger Louis Vuitton stores such as this one in Florence usually contain museum worthy pieces of Louis Vuitton trunks and carriers. While it’s after dark, one can still have a look at their pieces through the display window. 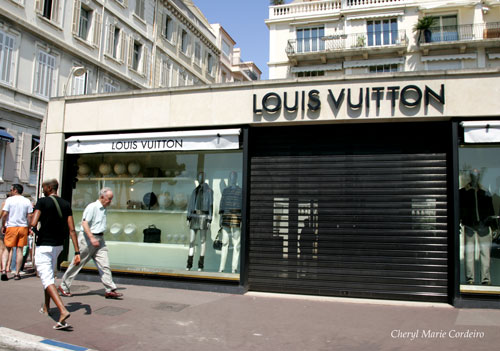 A Louis Vuitton boutique on a bright and promising day in Cannes, prior to opening hours.

Located along the beach front, the Cannes Louis Vuitton boutique looked modest from the outside but was nonetheless stocked with Vuitton’s latest collection for men’s and women’s wear in anticipation of autumn 2008.

While summer is winding down, the true Louis Vuitton fan will appreciate that this October, Vuitton has taken the initiative to launch their new edition of their City Guides of 30 European cities! 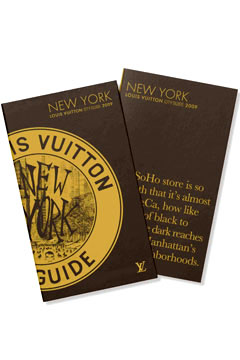 The city guides come in their unmistakable dark chocolate brown with their iconic logos on the front covers with tips from celebrities on where to go and what to do in these cities, covering fashion, arts, culture, entertainment and dining.