It’s been about a decade since we last visited the market square in Lübeck city in Germany. In 2009, our visit to Lübeck coincided with the Harley Weekend 2009. The market square was absolutely packed with a crowd enthusiastic for both metal rock music and Harley Davidson motorcycles. I preferred the Harleys on display. A similar model to the Harley Davidson V Rod “Denim Black” custom by German company 69Customs caught my eye in 2009. A visit to the 69Customs website shows up some extremely drool worthy photos of tailored Harleys. I still remember in 2009, I met a woman who owned a Harley, who was there for the festival weekend. She totally rocked a black leather pants and high heeled boots with leather jacket look. She was almost 60 years old and shared that one of her great loves of life is to be on her bike, on the road. It beats normal retirement plans of old folks homes for her.

This time around, the market square was distinctly quieter. With the summer evening sun setting on the city, a romantic gold cast lit the facade of the medieval architecture of the Town Hall. I looked for my favourite café to settle in, which is the 1806 founded Niederegger Arkadencafé Johann Georg Niederegger but then thought to settle for a different view of the market square this time. I could after a cup of tea, maybe proceed to Niederegger for one of their delicious pastry bakes. The evening was young, and there was time to café/restaurant hop. Apparently I was not the only one having that idea, because from proximity of tables and the inevitable overhearing of conversational exchanges, we had Swedes visiting Lübeck sitting at all four compass points from our table, each discussing their grocery shopping strategies for the next day, as well as dinner plans at preferably, another restaurant.

Dinner in 2009 was at Zimmermann’s Lübecker Hanse. This time around, we tried Restaurant Lübke’s Speicher. We only had to step into the restaurant to be greeted by, “Let me guess, you are from Sweden?” Having thought that my almond shaped eyes, dark hair and small stature was a straight giveaway to my Scandinavian viking heritage, we nodded and said, “Yes.” We were immediately shown to a table right next to a family who had 2 children under the age of 12 years old. The parents were in fervent after-dinner talks with their sons, in Swedish, on how ungrateful they thought their boys were on this trip to Germany. “But I am extremely grateful. I liked the dessert!” said one boy.

This restaurant is located down river on the Trave waterfront, slightly away from the live-music restaurants that catered to more touristy crowds. The restaurant had a lovely ambiance, it was quiet with mellow interiors. They had an impressive menu of German traditional fare, with draft beers. They were also a restaurant that preferred cash to card. We had expected this because the other table with a couple visiting from Poland was overheard espousing how technology savvy Poland was in payments, with credit cards. Nobody wanted cash these days, so how come cash here? When the service personnel turned to our table, we simply confirmed, “No credit cards here?” To which the reply was “No, no cards here, but there is a bank, just a few minutes walk from here. It’s very quick.” We nodded and we were off to get some cash.

Spacetime is relative. And in this case, the “very quick” walk gave us a good twenty minutes after dinner exercise to locate a local cash withdrawal machine, which was found, right in the middle of the city a few blocks away from the Trave river front where the restaurant was located. We came back to the restaurant to a blank-faced service personnel, only to be recognised when we said, “We’d like to pay for dinner.”

Meeting Little Sweden in Lübeck. We couldn’t help but smile on our way back to the hotel, considering our evening events. Lübeck is simply beautiful. 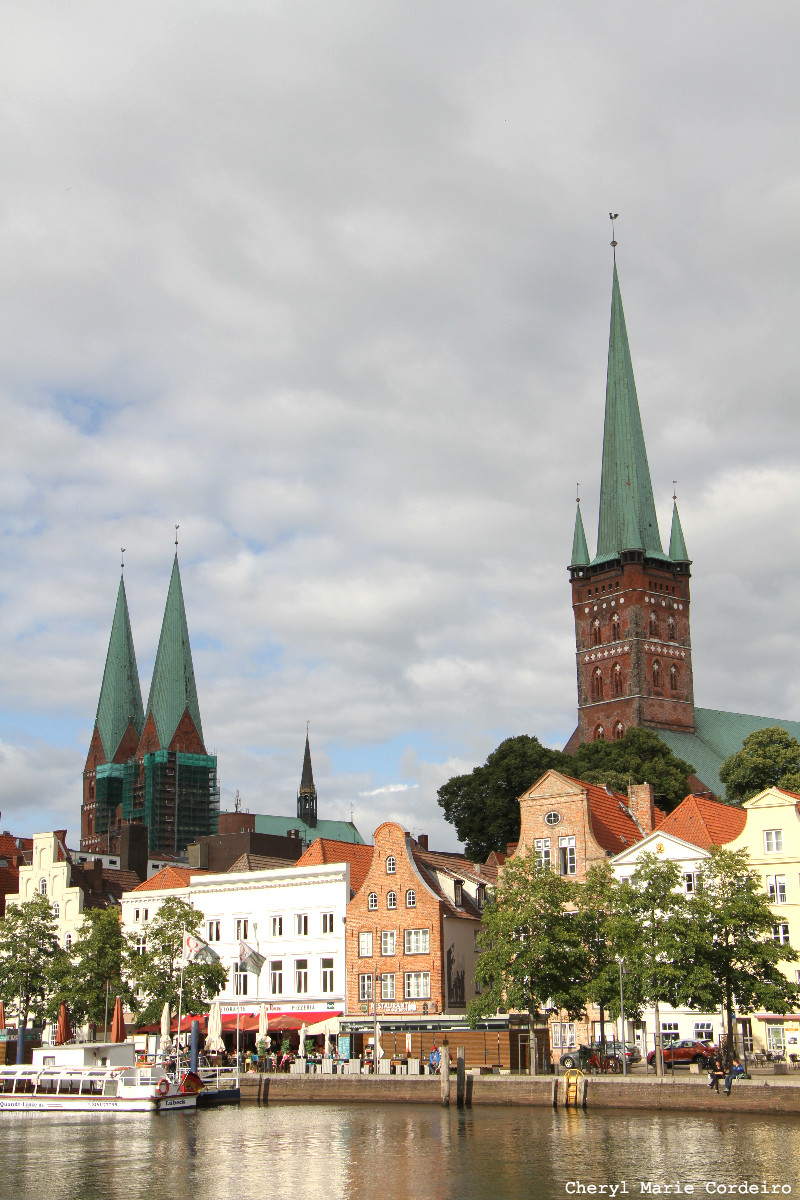 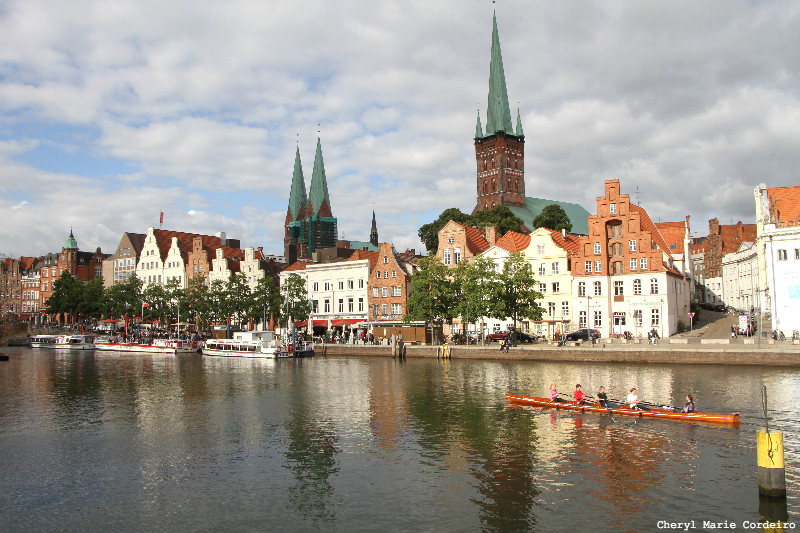 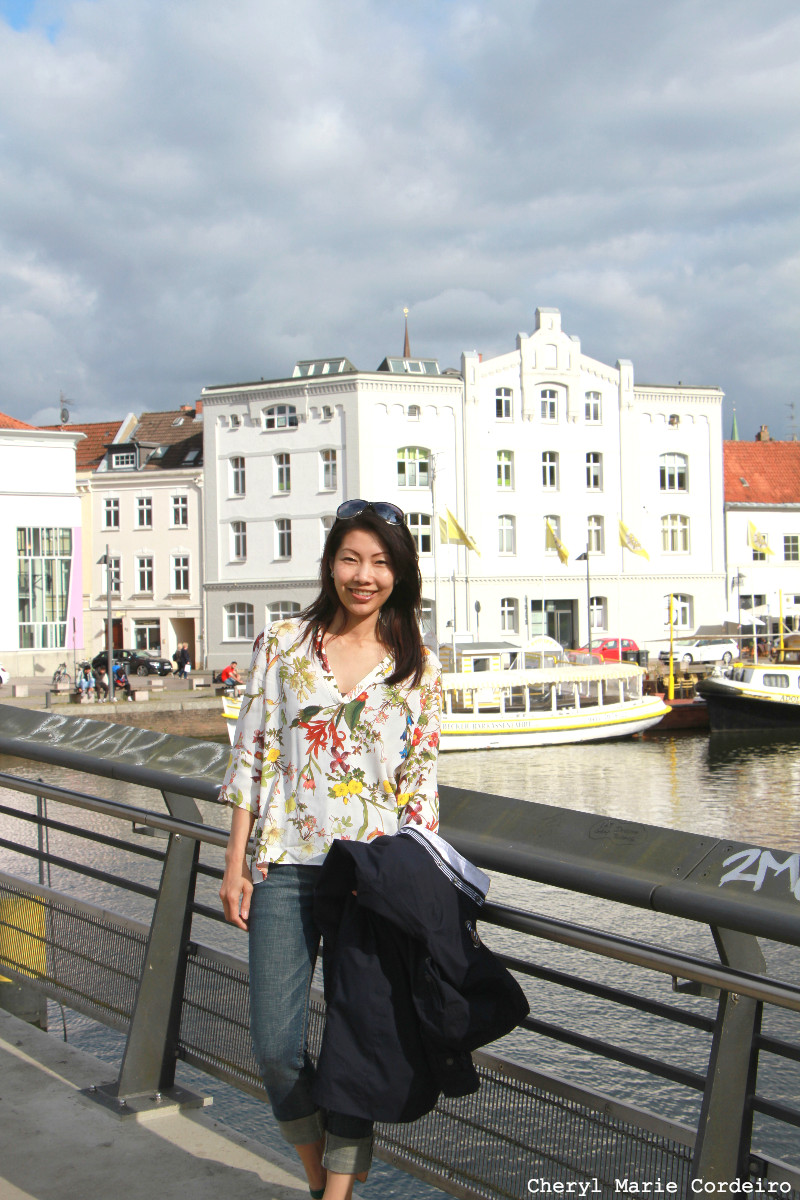 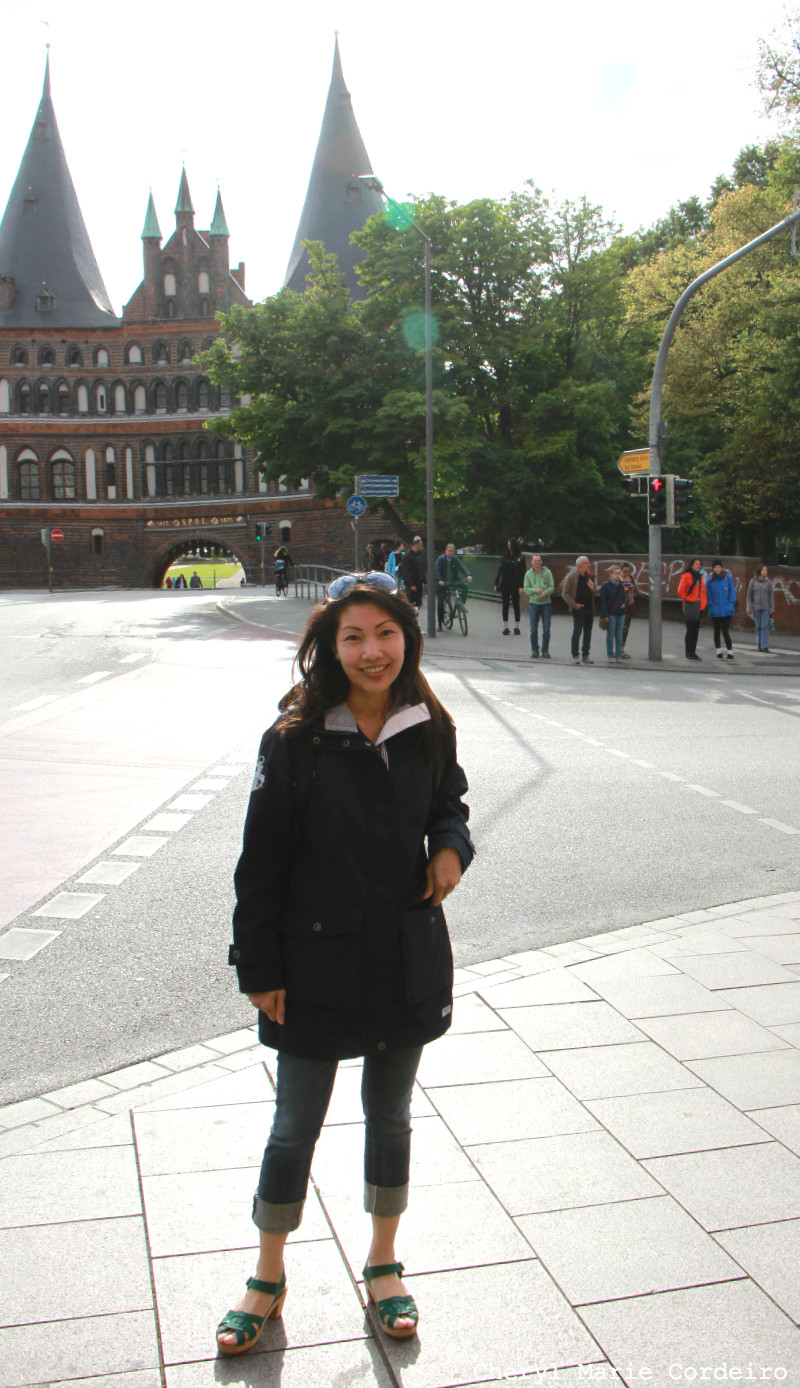 The chubby Cinderella castle – the City Gate or Holstentor. If memory serves us accurately, we didn’t need to revisit the inside of the museum this time around. 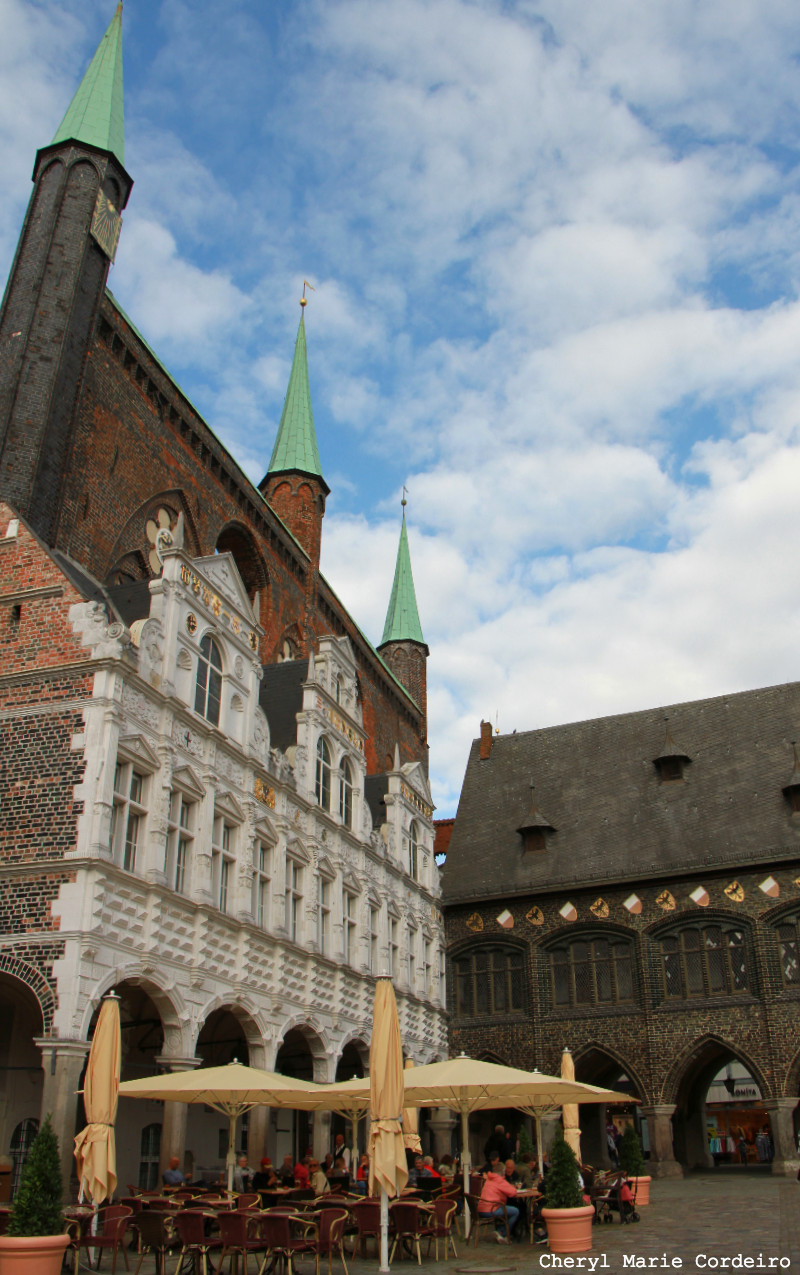 Niederegger window display. The café in the market square is one of my favourite to sit and city watch. 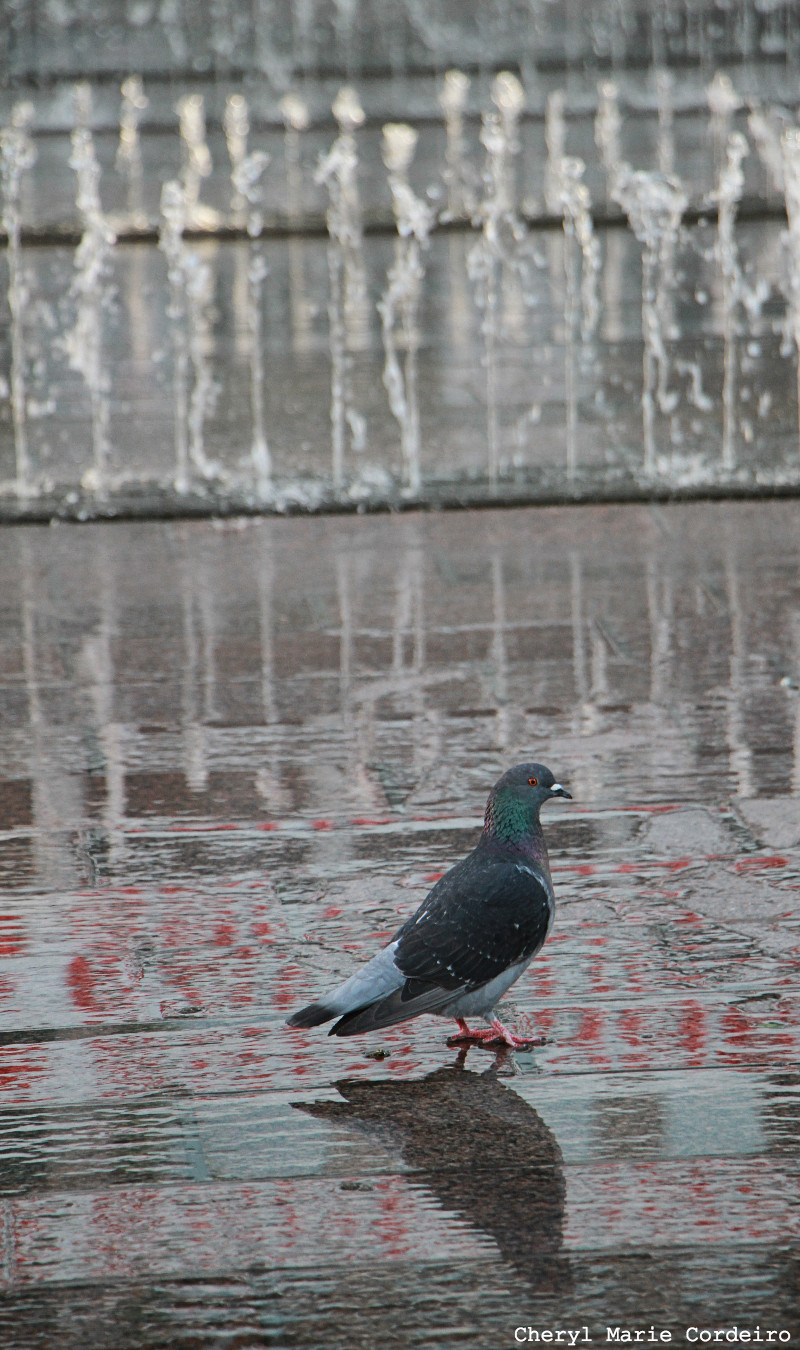 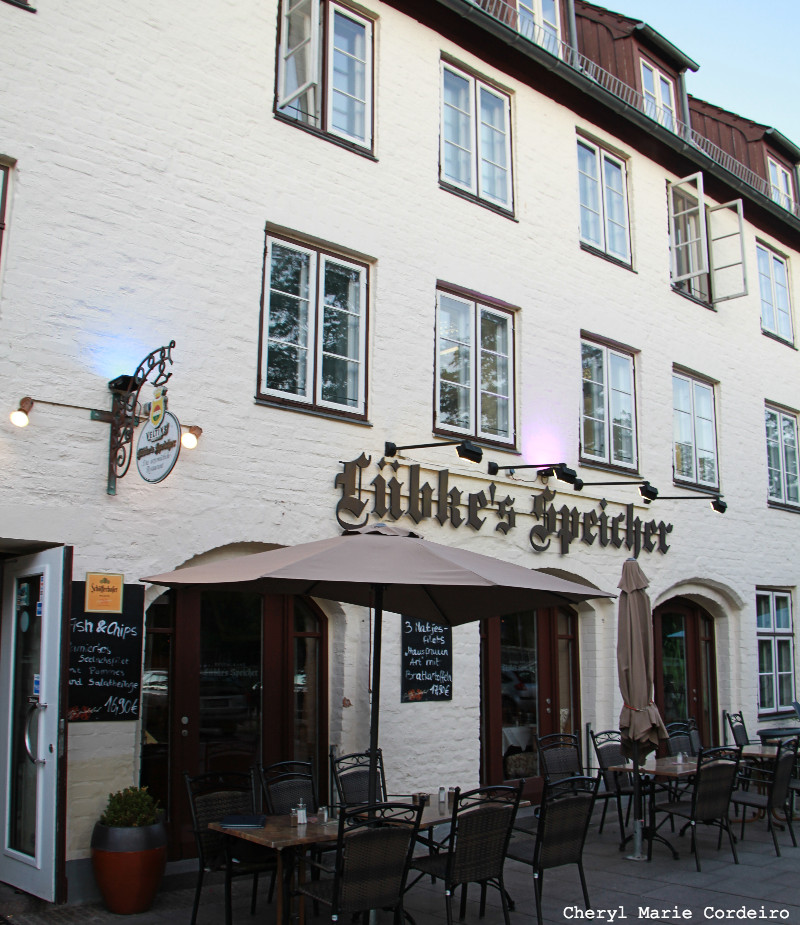 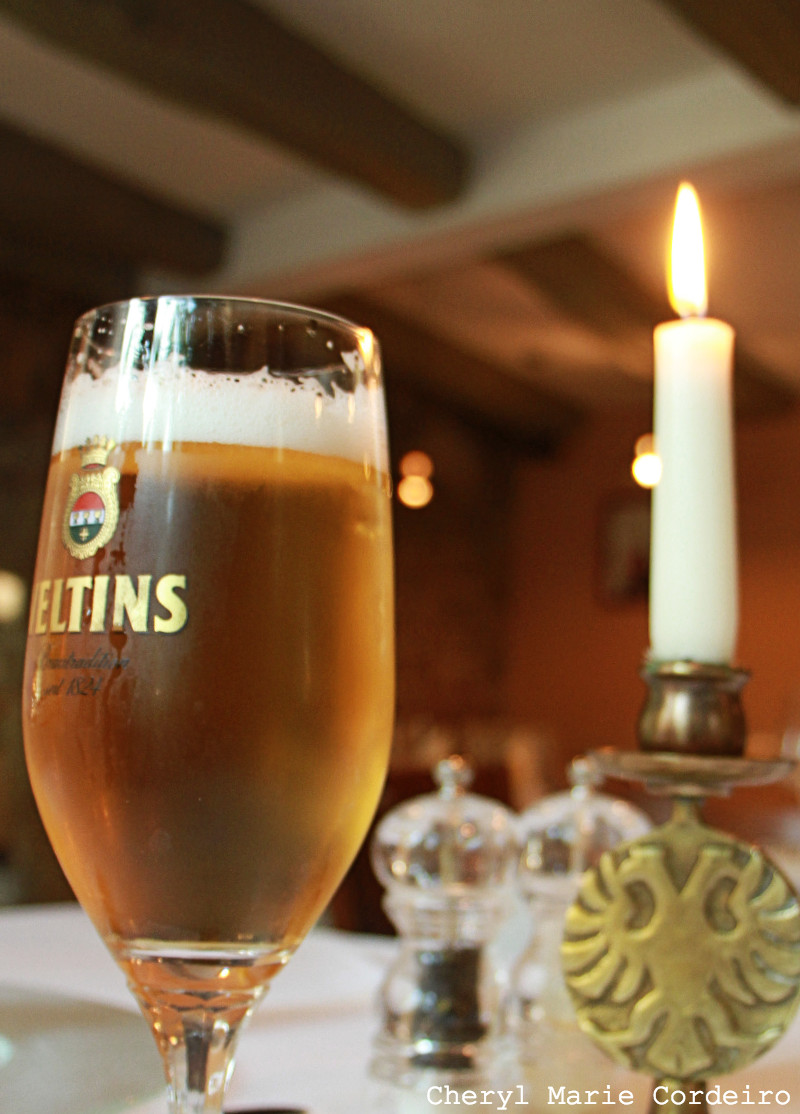 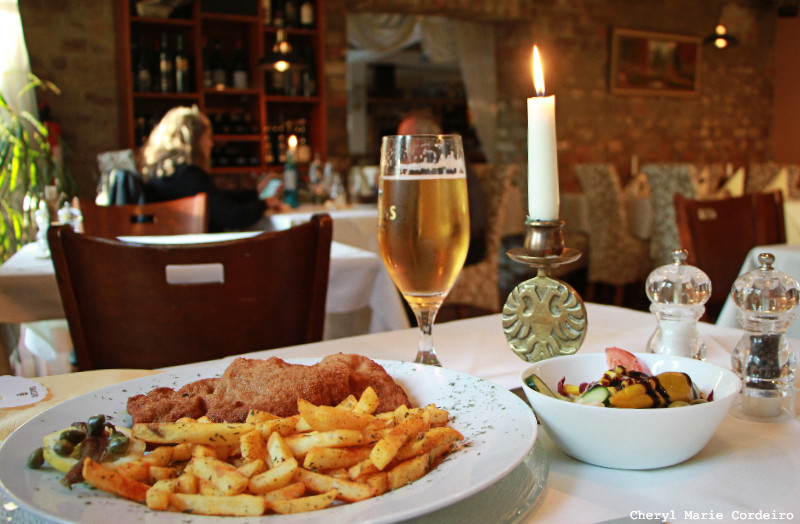 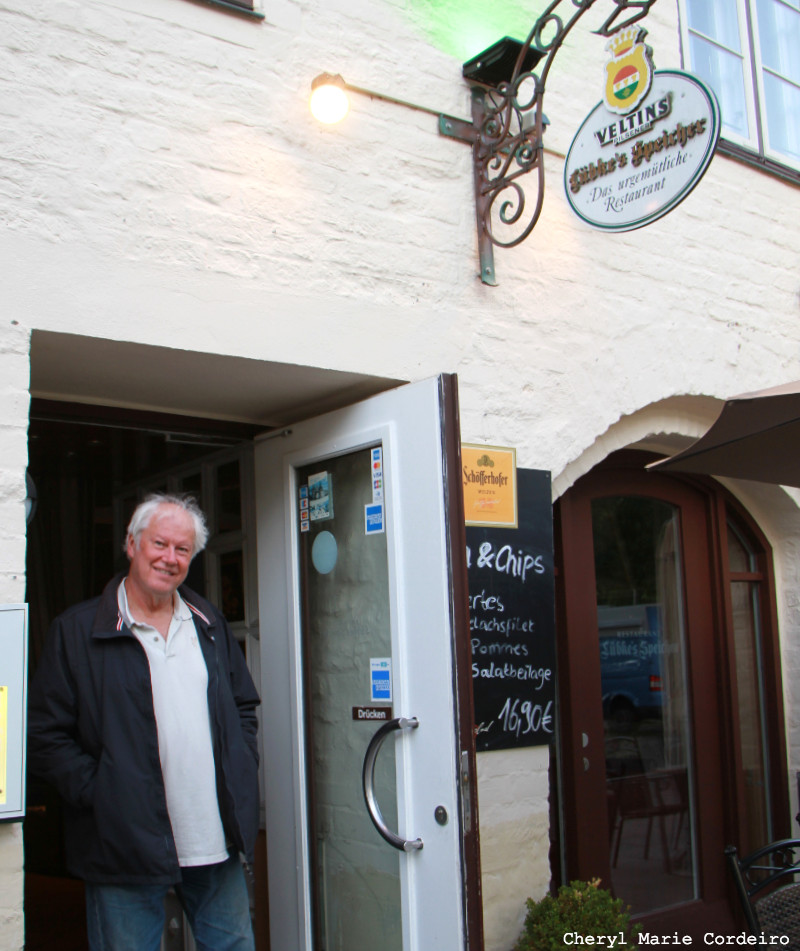