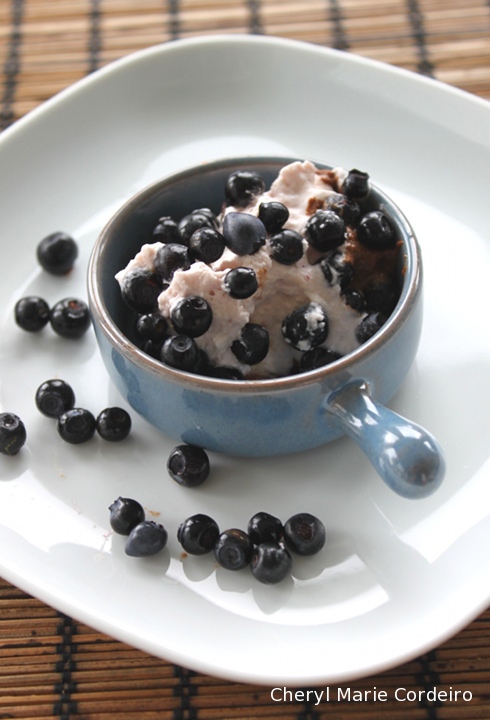 Mousse au Chocolat is probably as signature a dessert to France as Tiramisù is to Italy. And like good wines and premium olive oils, chocolate comes in a variety of textures and flavours derived from its cacao bean and the soils in which they are grown.

As non-consequential as this might seem, I’ve learnt that when it comes to using chocolate in cooking, the very character of the chocolate dessert depends upon which type of chocolate bar you melt into it. This version of chocolate mousse is made from Valrhona’s Caraïbe that is 66% cacao from Trinitario beans. The Trinitario cacao tree grows mainly in Central America and makes up about 5% of the world production. The result – a bitter sweet earthy tone that lingers on the palate, best complemented with a Cabernet Sauvignon from Bordeaux. 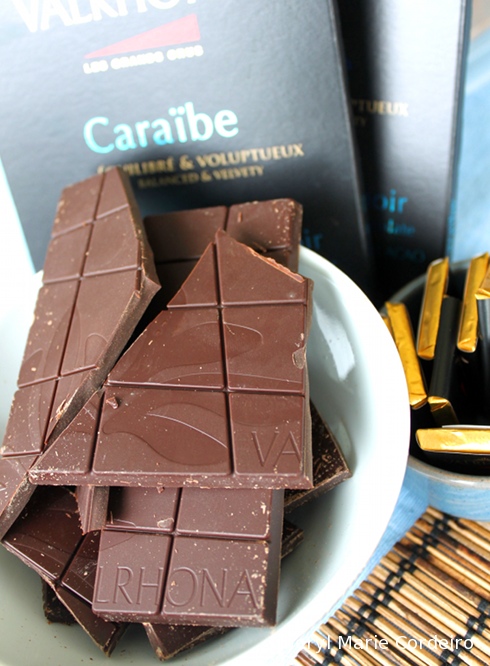 Valrhona Caraïbe dark chocolate made with the trinitario variety of cacao beans.

While Heston Blumenthal and Ferran Adrià might have brought the concept of foams right into the 21st century with molecular gastronomy, the craze of food foaming came with the European Age of Enlightenment where the idea was to have eating refined to the point of not having to chew much, chewing deemed the act of baser animals. So already in the 1600s in France, they tried foaming most everything from the more conventional produce such as eggs and dairy products to the not so conventional produce such as vegetables and even meat. Chocolate mousse being one of the results of the earlier foaming experiments is thus extremely traditional, the recipes of which go back several hundred years. 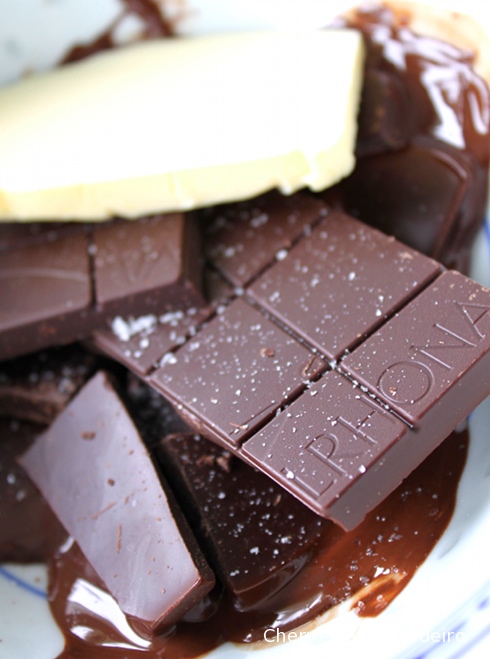 Chocolate melting with butter and a crush of sea salt.

What I find most rewarding are recipes that use few simple ingredients yet produce tremendous dining experiences in a spoonful of flavour. While there are innumerable mousse recipes in cookbooks throughout history, my preference is to always go back to the basics, the main ingredients in this case being only four – chocolate, eggs, butter and sugar.

Simplicity runs through this recipe from ingredients to method. Over a double boiler, the butter and dark chocolate with the pinch of sea salt are melted. The egg yolks then stirred till smooth, into the cooled melted chocolate and butter. In a separate bowl, the egg whites with the sugar were hand whisked till soft peaks formed. The whites were then folded a quarter at a time, into the cooled chocolate and yolk mixture. This was then poured evenly into serving glasses and left to set in the refrigerator for at least 4 – 6 hours. 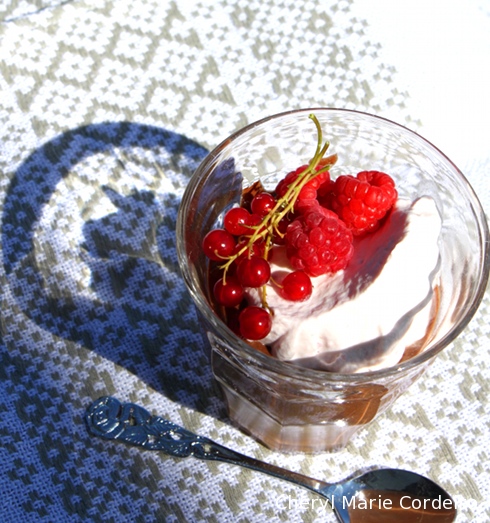 Just before serving, garnish with fresh berries, mint leaves or what else that captures your culinary delight. The Nordic summer brought with it a variety of fresh berries from the forests around that allowed for a little indulgence in wild berries with this batch of chocolate mousse.

And so it seems this weekend’s note begins with the velvety texture of Caraïbe, perhaps coupled with a good Cabernet Sauvignon from Bordeaux to bring out the chocolate’s nutty, earthen tones captured in foam both rich and light to the palate, wild with berries purple and red.